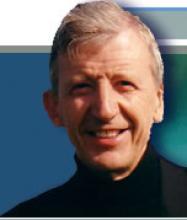 One of the most senior Dharma teachers in the West. In the 1970's, Christopher lived as a Buddhist monk in Thailand and India for six years as the student of Ajhan Buddhadasa. Since then, he has taught insight meditation courses across the world. Christopher is the co-founder of the Gaia House in England, the initiator of a training program for Dharma teachers in Europe and Israel, one of the founders of an international advisory organization for the spreading of peace in the Buddhist spirit, and an active participant in peace marches.

A writer and poet, Christopher is also the author of numerous books, including:

Christopher has come to Israel at least once a year since 1995, and is involved in the Israeli Dharma community and in campaigning for peace in the Middle East and the entire world. He lives in Totnes, Devon, England.